Just the right amount
of everything.

A new dual‑camera system captures more of what you see and love. The fastest chip ever in a smartphone and all‑day battery life let you do more and charge less. And the highest‑quality video in a smartphone, so your memories look better than ever.

The iPhone 11 continues to be available in six colors, but Apple introduced new colors this year. It comes in black, green, yellow, purple, (PRODUCT)RED, and white, with Apple eliminating the coral and blue shades that the iPhone XR was available in. 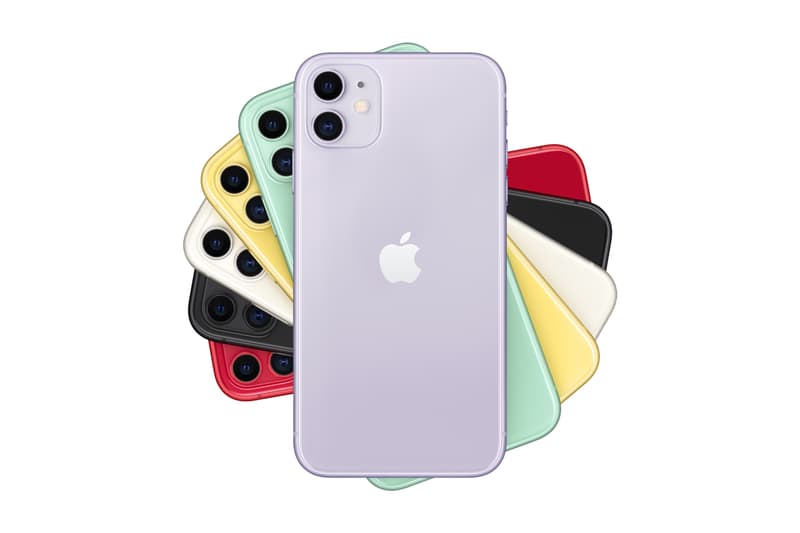 The iPhone 11 has an IP68 water resistance rating, which is up from IP67 in the previous-generation iPhone XR. It's rated to survive a depth of up to two meters (6.5 feet) for up to 30 minutes. Two meters is double the depth rating of the iPhone XR, but half that of the iPhone 11 Pro.

The iPhone 11 Pro has is able to stand up to submersion in water up to four meters deep (13 feet) for up to 30 minutes. 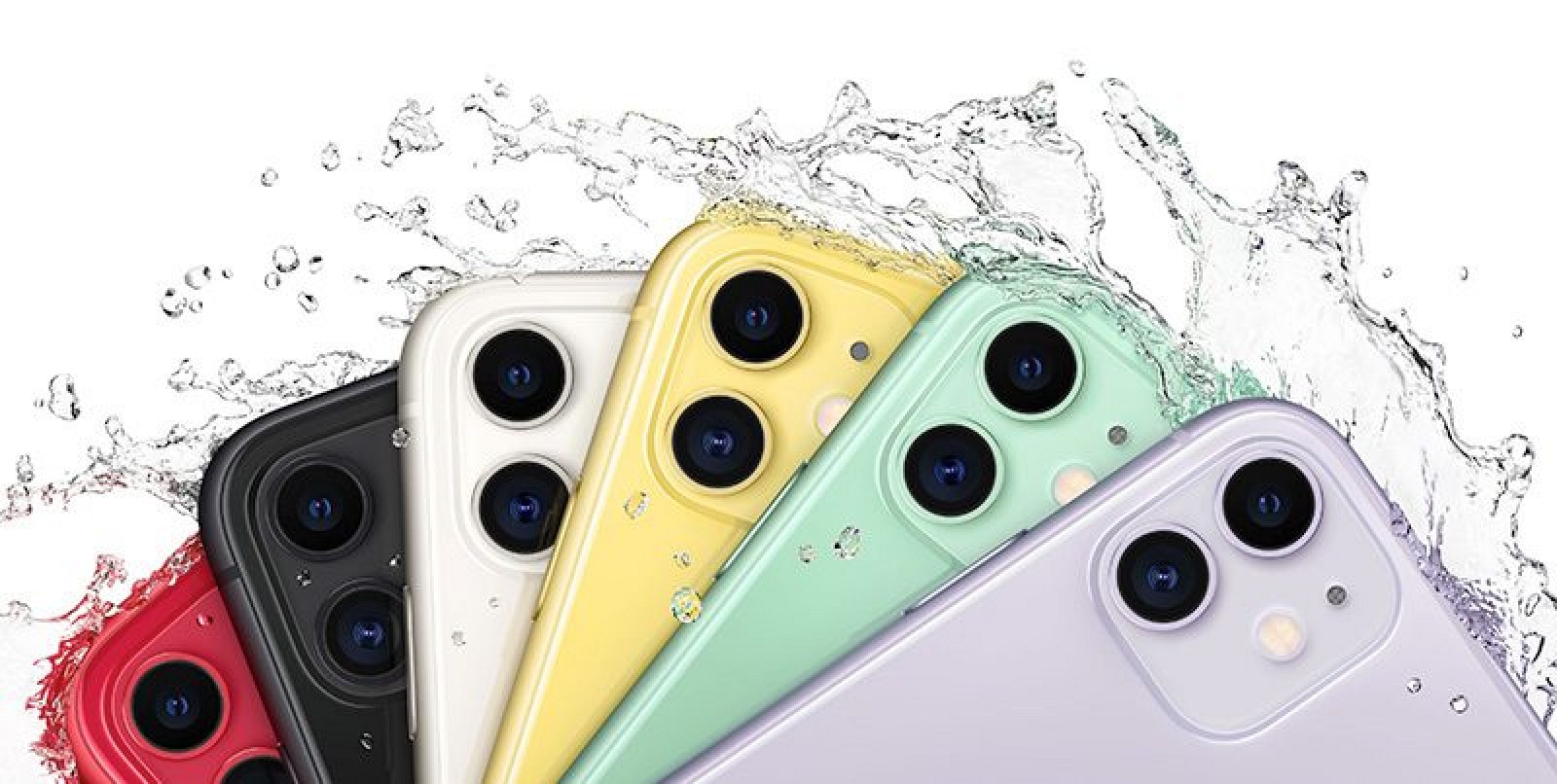 Like the iPhone XR, the iPhone 11 uses an LCD display that it calls the "Liquid Retina HD" display. It measures in at 6.1 inches and features a 1792 x 828 resolution at 326 pixels per inch.

Though the iPhone 11 has an LCD instead of OLED display, Apple says it is the most advanced LCD that's been introduced in a smartphone, constructed with new engineering techniques. It is identical to the display in the iPhone XR, and is inferior to the iPhone 11 Pro and Pro Max displays. 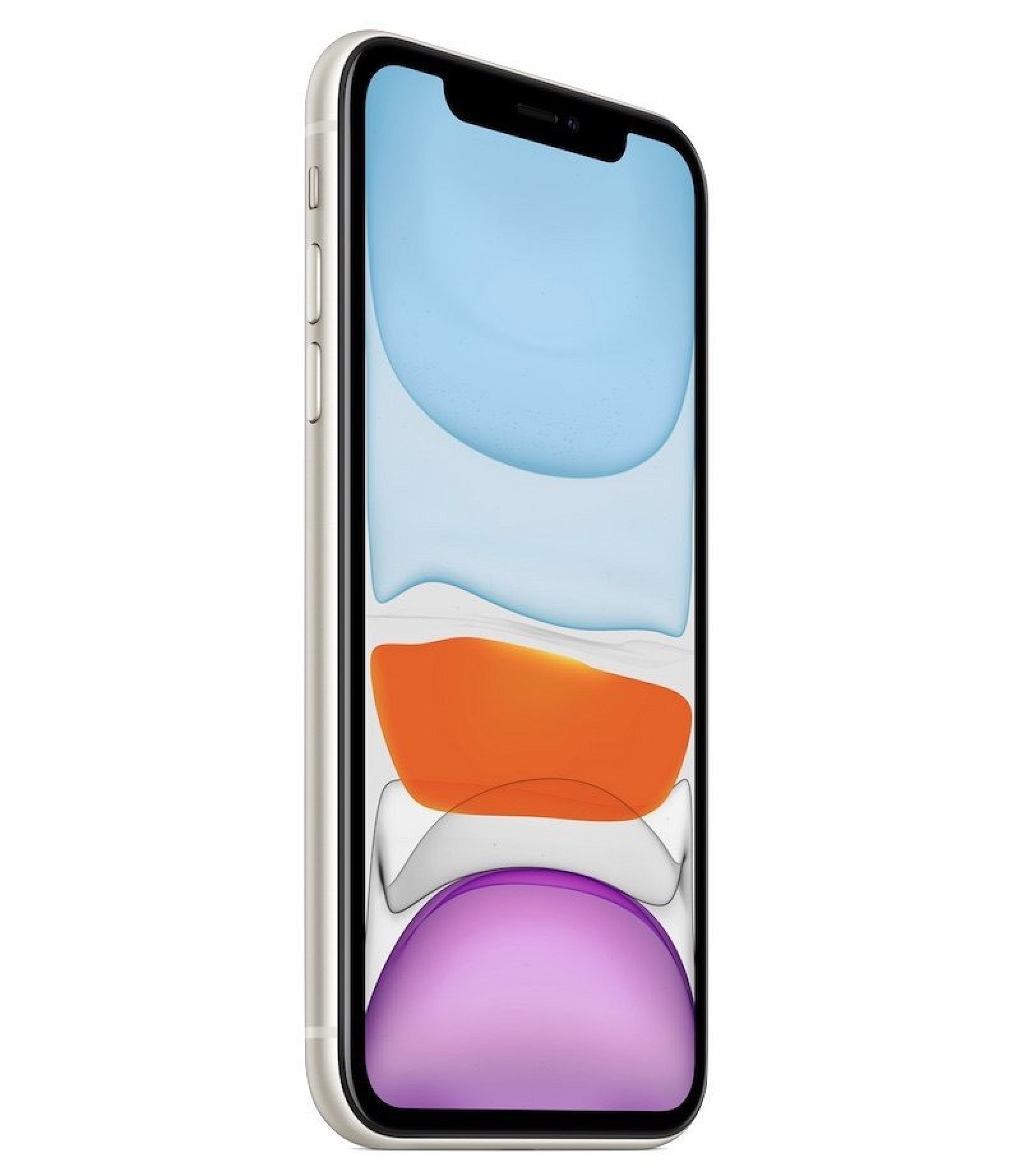 It just got a whole lot harder to take a bad photo.

Take your photos from wide to ultra wide. A redesigned interface uses the new Ultra Wide camera to show you what’s happening outside the frame — and lets you capture it. Shoot and edit videos as easily as you do photos. It’s the world’s most popular camera, now with a whole new perspective.

The new Wide sensor has 100 percent Focus Pixels for up to three times faster autofocus in low light.

The wide-angle camera in the iPhone 11 has a new, larger sensor with 100 percent Focus Pixels that enables new low light capabilities such as a Night mode that's designed to take much brighter pictures in low lighting conditions. It's similar to Google's Night Shift mode, brightening up the photo using software. 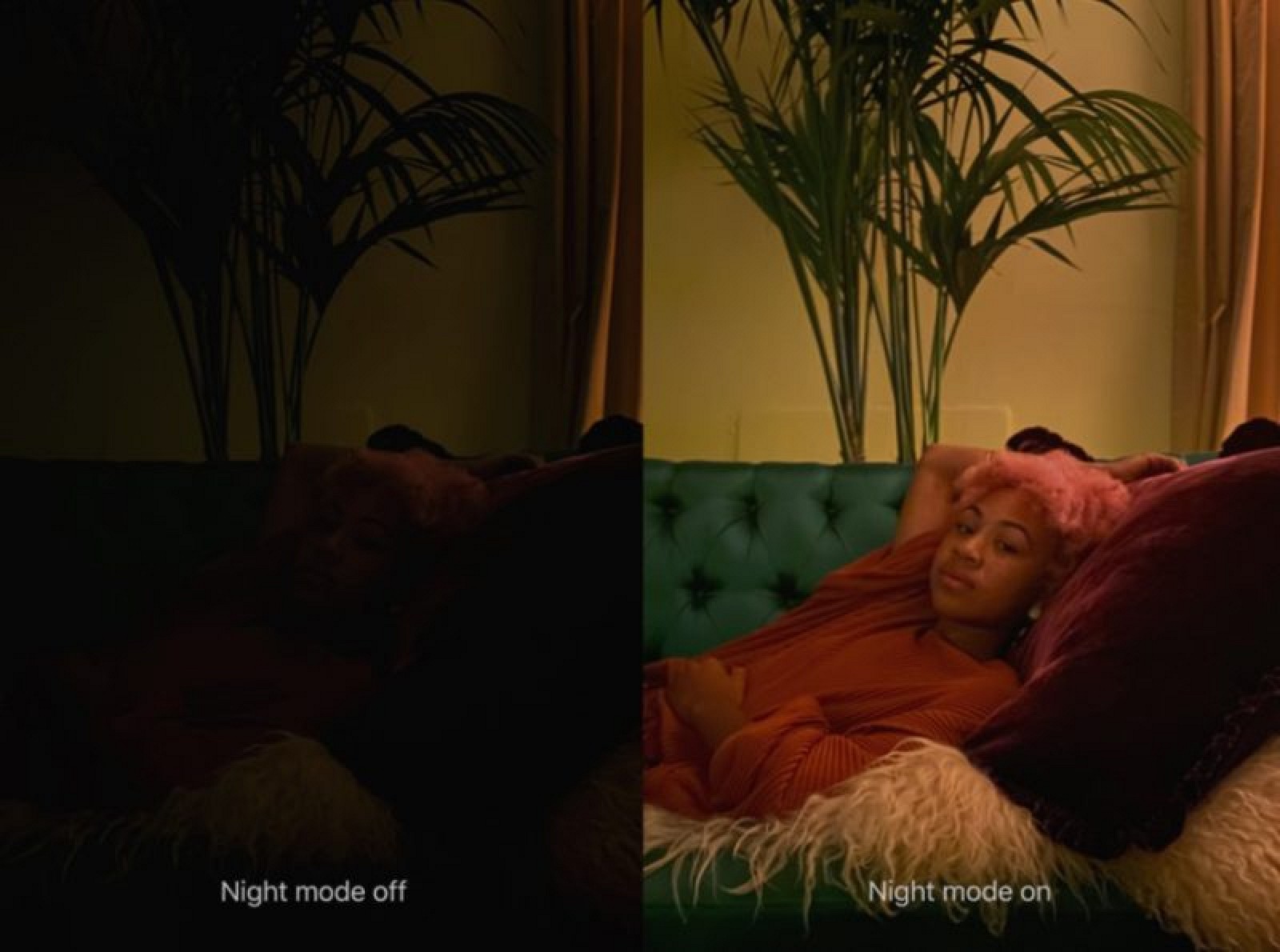 The iPhone 11 has an edge-to-edge display with slim bezels and no Home button, adopting a notch at the top for the TrueDepth camera system. Because it uses an LCD instead of OLED display, the iPhone 11 has slightly thicker bezels than the iPhone 11 Pro models. 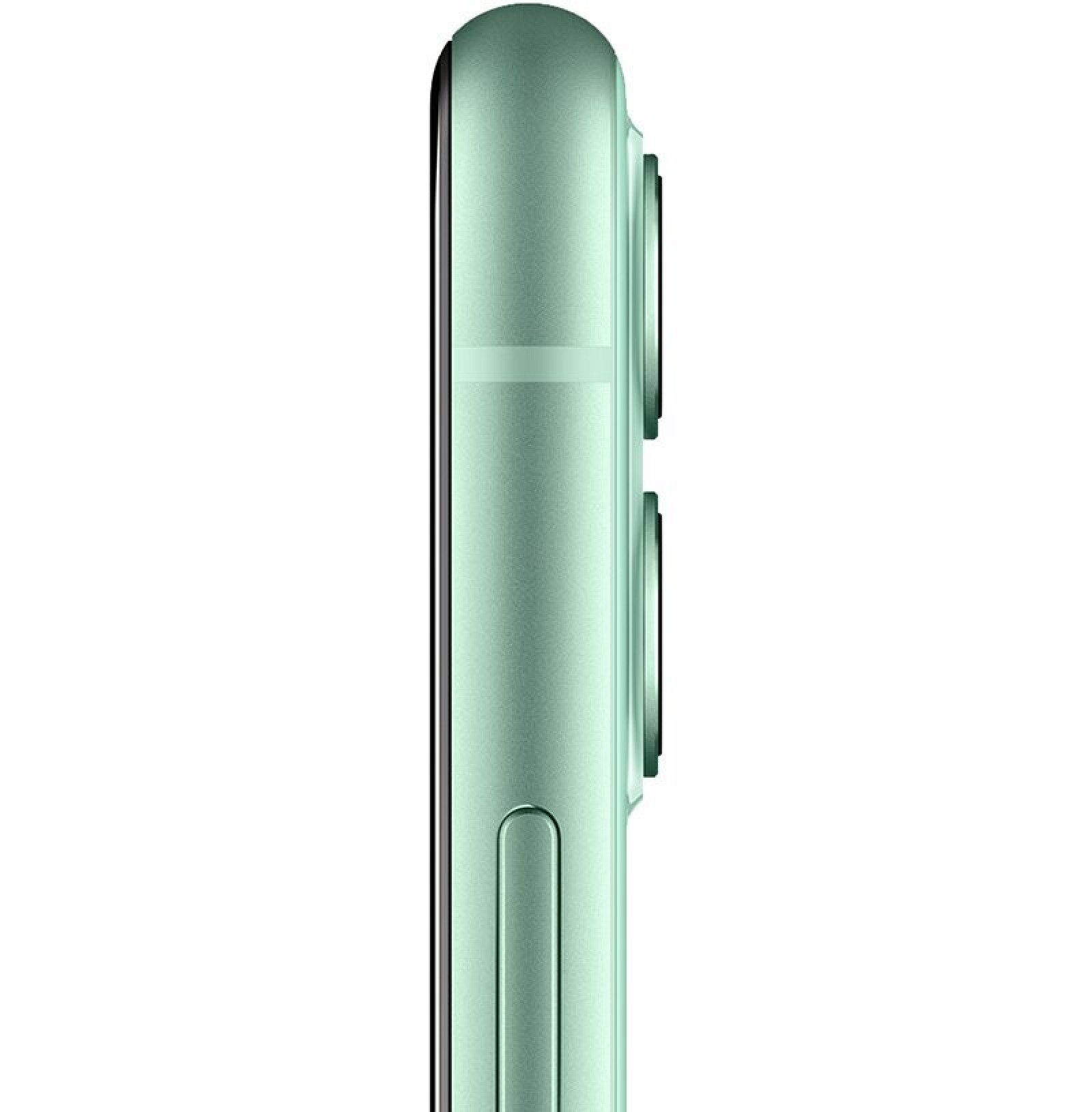 Other than the notch at the top for the Face ID camera, speaker, and ambient light sensor, the iPhone 11 is all display. 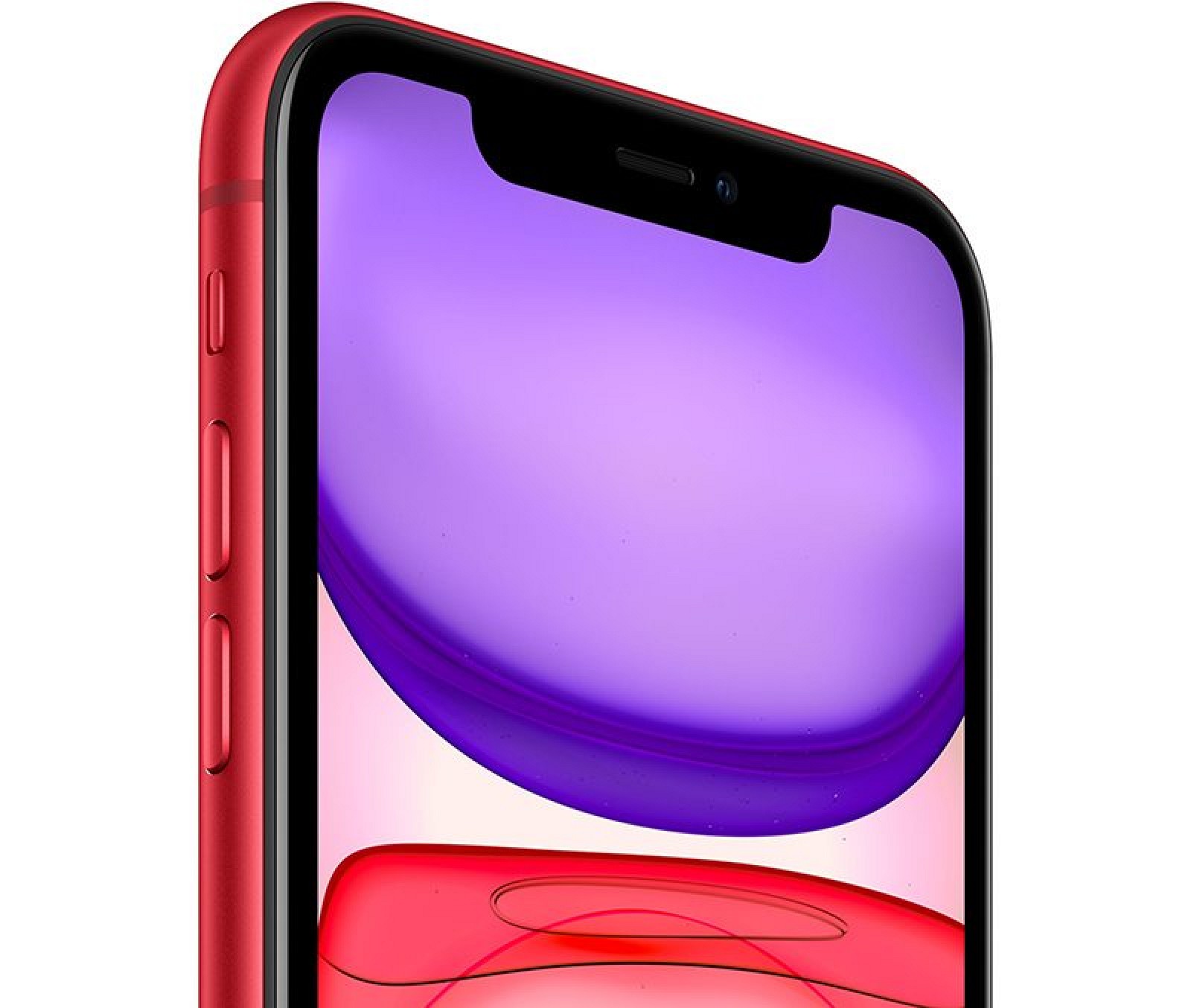 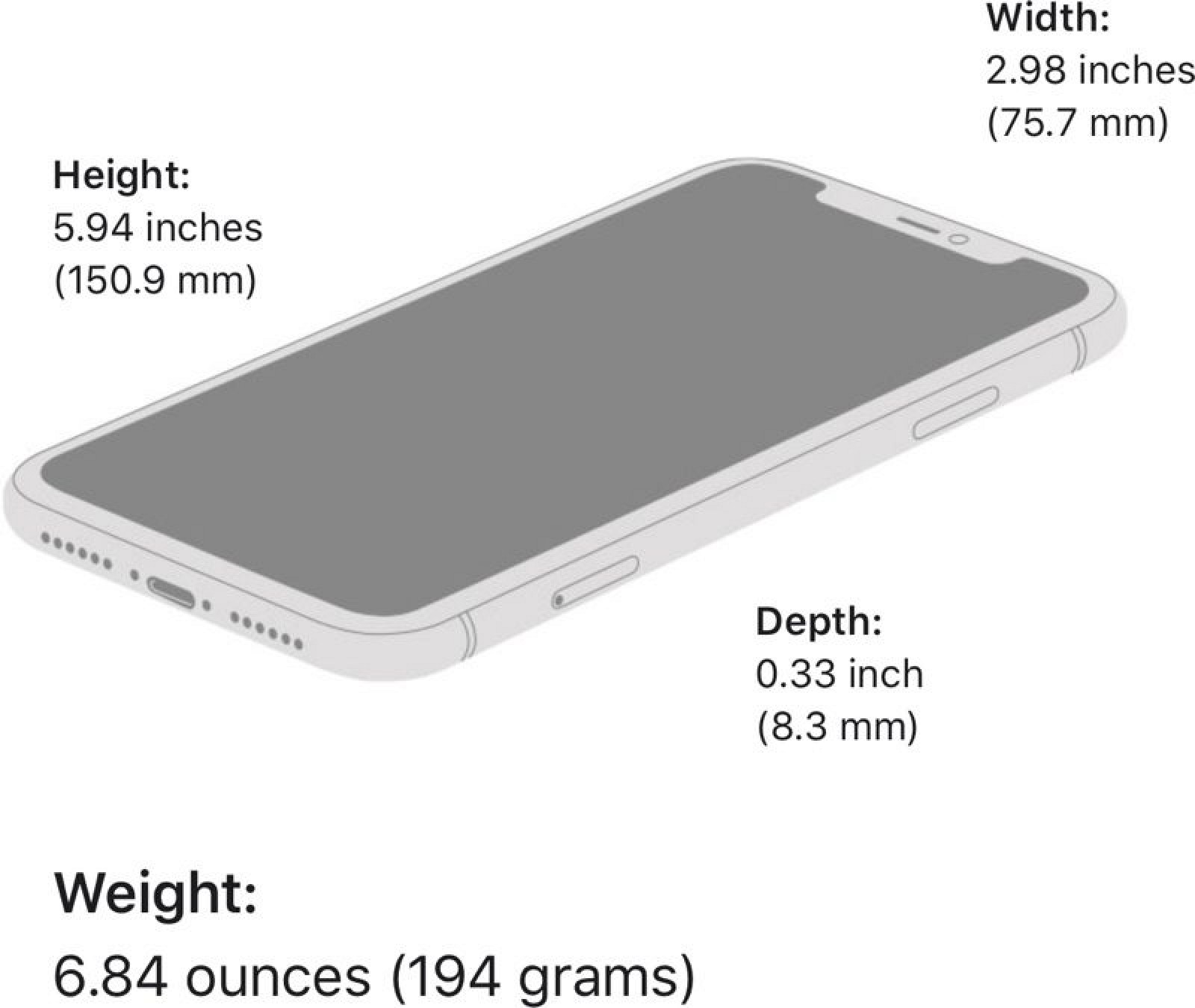 The back of the iPhone 11 features the most significant design change thanks to the new dual-camera system. Apple is using a new square-shaped camera bump that flows into the rest of the device. The two camera lenses protrude slightly from the back of the iPhone as the camera elements are thicker than the body of the iPhone.

The Apple logo on the iPhone 11 has been relocated relative to previous iPhone models. It's now in the middle of the device rather than towards the top, a change that may have been implemented for a planned two-way charging feature that was later scrapped. The bilateral wireless charging option would have allowed the iPhone 11 to be used to charge other iPhones, the Apple Watch, the AirPods, and other Qi-based devices.